From Edge of Space Wiki
Jump to: navigation, search

A Biome is an area of land which is divided along strict and clear climate and geographical lines, in which the change between values results in varied lifeforms, plant life, and environment. To reach a biome other than the Protolife biome, one must go below the biome you are in. Edge of Space features 3 primary biomes, along with several mini-biomes. 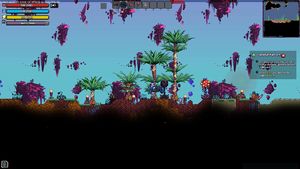 The Protolife Biome is a biome consisting of lush jungle and water resources.
In this biome, you will be able to find :
=== Monsters === 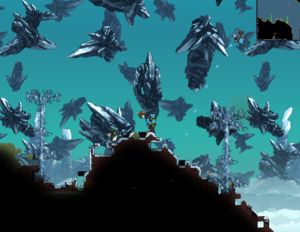 The Comet Biome is a frozen and often barren, rocky biome. Populating the Comet Biome, asteroids, Plasma Trees, and comets are abundant in this biome. 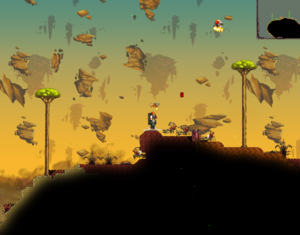 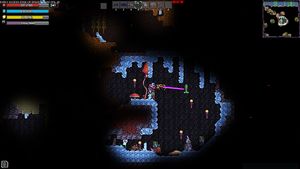 Ice caves are found within the large planetoids. They are characterized by being surrounded by ice, as well as filled with it. 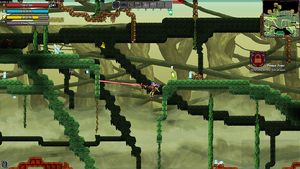 Primal zones are a mini biome which is part of the Terraforming system. These zones can be dominated, and once complete, they can be mined for resources and special placeables. Primal zones also house tech upgrade platforms, which grant permanent stat boosts. They are a core part of the game's progression.

There are multiple types of nests within the game, which are presented with their own mini biome. These areas can be dominated and mined for special resource types, as well as for a chance (approximately 20%) at placeable items that are not destroyed when the zone is dominated. 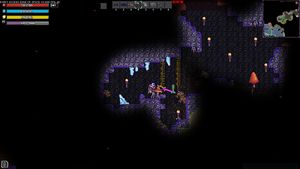 Rock caves are found within the large planetoids. They are characterized by being entirely composed of rock, bordered by purple edges 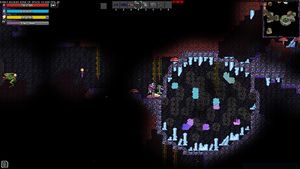 Crystal caves are found within the large planetoids. They are characterized by being filled with glowing crystals, and are easily spotted while exploring underground.