From Edge of Space Wiki
Jump to: navigation, search

The Power Input Output System is a way to manipulate objects in such as metal doors, music boxes, gates, etc. It is accessed by hitting Z or P. Click on the + or - and click on the opposite connection on the second object to make a connect. You need to use a generator to use most PIOS objects.

To power any logic gates or switches you need a Command Node, and a Command Node needs environmental energy witch I believe has been removed. This energy is on a scale from green to purple. Using the Radiant Energy Scanner you can search for these energy scales. Placing the generator in a purple area will supply the generator with energy. It is also worth noting that this energy reading is final and it will not change.

I believe the above is no longer the same as from new update.

The Command Control Center is the second Tier that is needed for power which provides 3 pios red power outfits, which provides power to Stations such as to Outfitter or other devices needing power.

You need to craft the Basic Work Bench first and stand in front of it too craft what is know as the COMMAND NODE, Crafting the command node above, unlike the Command control Center the Command Node is simple to build and outputs 2 pios which is find at the start and you can use it to Teleport when you build your second base, if you press P or Z the power mode will appear red are outputs, yellow are inputs etc the Outfitter station. 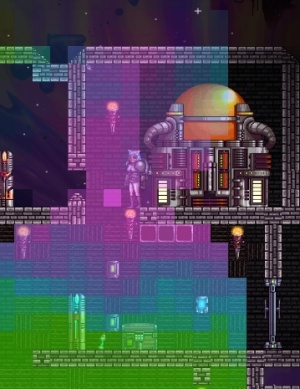 PICTURE ABOVE I BELIEVE HAS BEEN REMOVED AS OF LAST UPDATE. NEW PICTURE OF COMMAND NODE AND COMMAND CONTROL CENTER WILL BE UPLOADED SHORTLY.

As of new update relays have been changed please read below in the next section, it is now more user friendly.

Seeing how energy is locked to a location and you cannot stay in programming mode while moving the relays is your main instrument for moving energy from a offset location. There are two types of relays. Full and Paired.

The Full Relay needs all 3 inputs active before being able to forward the signal to output. 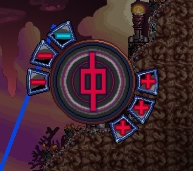 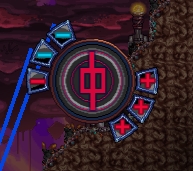 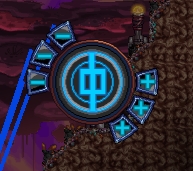 The Paired Relay on the other hand activates the output that is opposite to the active input. 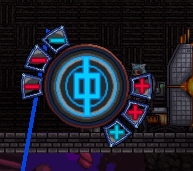 As of new updates power has changed and is now a lot more user friendly than previous version, at present I have no images of new layouts but will explain here until pictures are available:

Command Node: To lay this down you need to have made a basic house/base made with blocks and background. To power the station called the Outfitter or when and if you build Doors needing power etc. you will have already made the Command Node when you press P or Z it will bring up the power the Command Node, Command Control Center and solar panels will bring up one red box, when you click on these it will bring up between two and Three circles with red inside the circle with a Plus, the stations or doors etc. that need power and come up as a square with yellow inside, you simple click the red outlet to the yellow intake and a green line should come up to show you the connection and when you come out of power mode and mouse over the object you will notice the (needs power) beneath the name is no longer there.

As you upgrade and progress further you can complete more complex electrical circuits.

I hope this is helpful and this page and images will be updated.

There are two methods to control a power signal for the moment. Pushing a button or stepping on a pressure plate. The button is alternating which means you have to right click it to activate the signal, then right click again to deactivate the signal. The pressure plate is momentary which means it only gives a signal as long as a player is standing on it. All switches have two states, one for each setting. A signal for when it is active and another signal for when it is inactive.

AND and OR gates[edit | edit source]

The AND and OR gates are the bottom line basics logic programming besides switches.

The AND gate does not activate its output until both inputs are active. 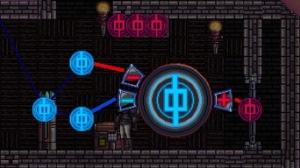 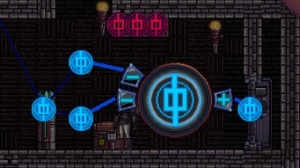 The OR gate simply has to have either one or more inputs active to activate its output. 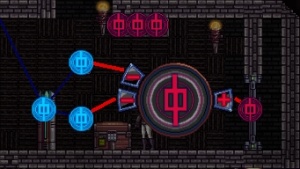 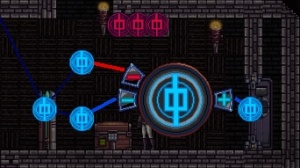 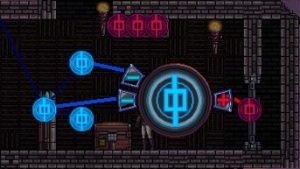 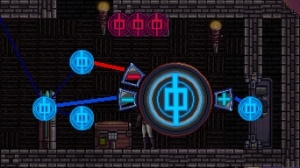 NAND and NOR gates[edit | edit source]

NAND and NOR gates are just like AND and OR gates but has the same effect as if a NOT gate was placed right after the output thus making the result inverted. Like the NOT gate these gates require a constant power source. This time it is more strict then last time seeing how the bottom one is designated to power while the top once are dedicated to signals. 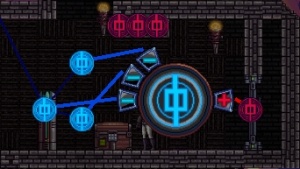 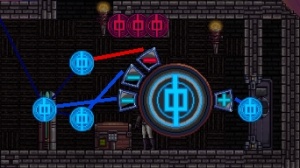 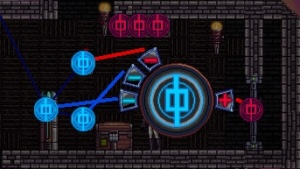 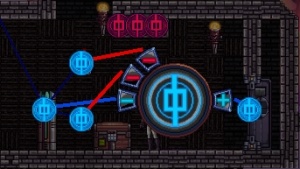 These gates are some of the most specific gates.

XAND gates get an active output only when both inputs are either inactive or active. 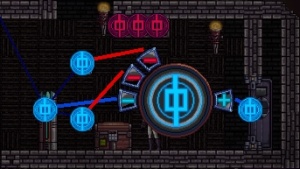 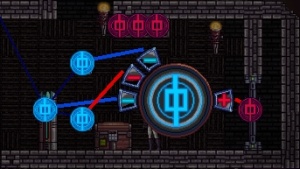 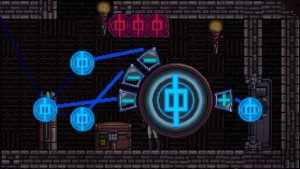 XOR gates on the other hand only give an active signal if only one signal is detected. 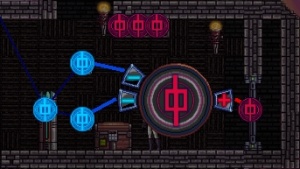 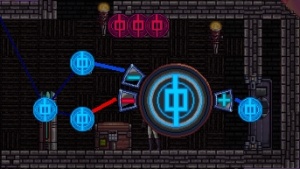 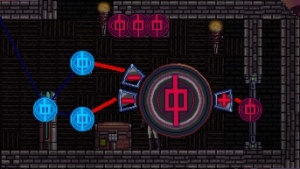 The RAM gates are memory switches. This means that if a switch activates the input but then goes inactive, the RAM switch will still have an active output. This output will stay active until another active signal from the switch is applied. Like the NOT gates they need an additional power supply to function. 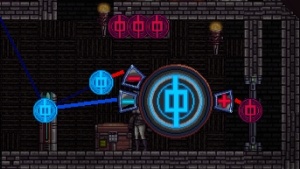 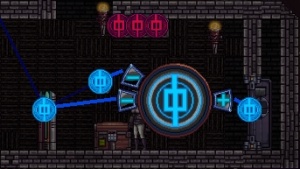 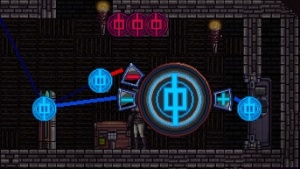 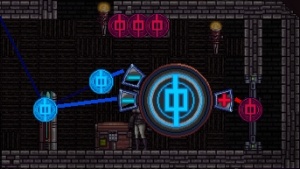 A quick Video showing how to use a Generator to power Lamps: